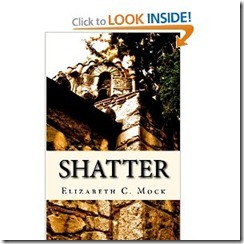 I really enjoyed this book, but I love fantasy genre, so that’s part of it. The storyline follows several travelers who are brought together in a prophesy. The author provided an interesting twist on magic in people that I thought was very appropriate to the storyline. The characters are well written and given appropriate depth, and the world is described in detail as well. The ending was a bit surprising, but it did make me want to read the next one when it comes out. This was a cheap Kindle purchase and I didn’t exactly read the whole preview provided. I read enough to know the book is set about 400 years after present-day civilization destroys itself through plague and nuclear war, and that the resulting civilization that grows is medieval-like. That sounded interesting. What I didn’t realize was the deep and continuous religious views that permeate the book. Basically, this new civilization has a new religion, and several members discover Christianity (which has all but disappeared since the end of the current world). The book was relatively well written, and as long as the underlying religious information doesn’t bother you – a pretty good read.