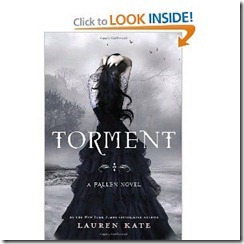 Great little young adult series – which focuses on angels, instead of the seemingly standard vampires and werewolves that have taken over the genre. Well written for a young adult series, the characters are engaging and dimensional. The stories take place in modern-day America, so places are familiar. A good, quick read. A third book comes out in June 2011. Interesting young adult series which also takes a new spin on the young adult paranormal genre – this one is about trolls! The first two books were a fun, quick read – although not particularly well written, the story was very entertaining. The trilogy ends rather abruptly and with a lot of seeming character shifts and added details which take away from the story built in the first two books – it’s as though the third one was written by someone who hadn’t even read the first two.

I stuck with it, though, because the author’s story interested me. Amanda Hocking self-published her books to e-reader formats only after being rejected by numerous publishing houses. She’s now a millionaire of her own making.