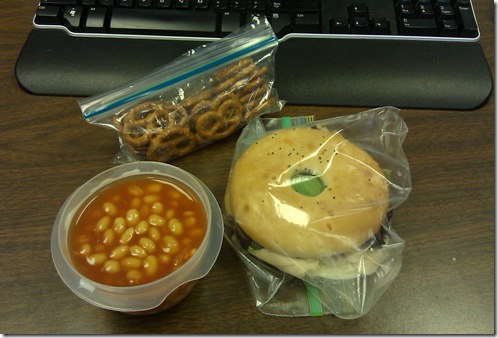 OMG! Have you guys seem the Liberty of London stuff at Target? Ahh! It’s so cute!

(And I’m really not that into fashion! LOL)

Check it out soon because apparently it’s only for a limited time. They have clothes, housewares, shoes…tons of stuff. 🙂

Edited to add: Apparently most of it is already sold out online. Boo, hiss.

I did well, yesterday. Adding the sweet potato in for dinner made me much fuller/happier than DH’s pasta does. However, he was upset I didn’t eat what HE ate. We’re going to have to work on that, I think.

Net calorie count for yesterday: 1676. That’s actually a little low. But not bad.

I think I was intimidated by the counting itself, and I skimped myself on my pre-workout snack. How do I know this? Because my energy level during my full body lift sucked. I need to get past the fact that the standard 100-150 calorie snack (in this case, the gala apple and peanut butter I had yesterday)just isn’t enough to fuel me through my workouts.

I don’t know why. But it isn’t. I need more than that on lifting days.

Beyond that crappy feeling while working out, my food choices yesterday kept me full/happy, so I’m not concerned about being a little low on my calorie count, for now.

Woke up feeling rough this morning. I didn’t sleep well, so I’m hoping that’s all it is and that I’m not getting my husband’s cold. I’ve had enough of sickness!!

Breakfast is unpictured. Because I didn’t feel good I was basically focused on just getting the food down, not photographing it.

And oatmeal made with:

Delish and kept me full. Perfection.

I wonder if you can whisk egg beaters into oatmeal like some people whisk egg whites in? I’ve never been successful with the egg whites but I just wondered. LOL

Work was insane, and I didn’t eat my Clementine-on-steroids. 🙁

Turkey and provolone with spring mix on a bagel thin, Heinz baked beans (the UK variety! I found them the “European foods” section of a local grocery store. Lara at Thinspired had talked about them, so I figured I’d give them a go!), and a few pretzels for crunch. Today is cardio day since I lifted full body yesterday.

Hop off and stretch

Hopped on the treadmill for 20 minutes, increasing the grade 1% for each minute up to 12% grade, then lowered back down, 1% grade at a time.

When I got home DH handed me half his Larabar, and then I headed out the door with the pup. She was SO EXCITED that it was light, we were walking, and it was warm.

Spaghetti with marinara sauce and turkey meatballs. DH hated the meatballs, but he generally hates ground turkey. He wants everything to be beef. And a side salad.

I also just realized I forgot to put tomatoes on our salads. Haha – oops!